Steve Mulflur is owner and operator of Hauling By Steve of Colorado Springs in El Paso County. We specialize in garbage, waste, trash, rubbish, junk hauling and removal. For over 10 years we have served customers in Colorado Springs, Black Forest, Castle Rock, Monument, and Woodland Park in Teller, Douglas and El Paso Counties, Colorado. Contact Steve at 719-331-0025. 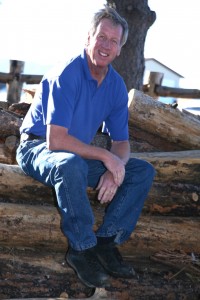 The Hauling by Steve Story:

Every person has a story to tell of how they got to be doing what it is they do for a living and this is my story.

I moved to Colorado Springs from Portland, Oregon in 1985 to take a job as a manager at the now defunct Rocky Mountain Greyhound Park, as I had worked in a similar position in Portland. My duties at the Greyhound Park varied greatly and I managed many departments including racing. As the Director of Racing my duties included contracting the greyhound owners to race their stock and deal with them on a daily basis, as well as deal with the State Racing Commission and its regulations.

In 1991, casino gambling was legalized in the mountain towns of Cripple Creek and Black Hawk and the competition for the state’s limited gambling revenue began to takes its toll on the greyhound racing business. In 2001 the Park closed for good and I was out of a job.

I could have landed a position in the same industry, but I would had to have left Colorado Springs and I wasn’t willing to do that, so that meant I would have to find another vocation. The greyhound racing industry is a very specialized business and my skills were not easily transferable to other industries and I was left with the difficult task of finding gainful employment.

I spent the rest of 2001 and part of 2002 collecting unemployment until it ran out, and then I put an ad in the Colorado Springs Gazette to perform various odd jobs for hourly pay. I would mow lawns, paint,garden, and perform lots of other household duties. To my surprise, I got a lot of calls and I was able to make some money but not enough to sustain myself and my family for the long run. Some of the people answering my ad asked me to haul off some of their unwanted household items. I would rent a truck and take the stuff to the dump. It was then that I realized that maybe I could make a living hauling but I would have to purchase a truck, which I did in August of 2002. The truck wasn’t big enough for most of the loads, so I purchased a utility trailer in January of 2003 and put some side boards on it and it was big enough for most loads. I was off and running, actually making a decent living. In 2007 I purchased a more heavy duty dump trailer and it’s a good thing I did because on Labor Day of 2009 I got a call from a gentlemen who lived in the town of Victor, his 1500 pound horse had died, and as you might guess, he wanted me to remove it.

I have grown the business substantially since its early days by slowly increasing the advertising budget and by doing a good job at a fair price. I also try very hard to be diligent about answering the phone and be on time for all appointments. Most people appreciate my work ethic and it’s led to a good reputation and that of course is good for business. Going forward, I plan on doing more of the same and hopefully grow large enough to hire other employees and purchase more equipment.

I’d like to help you with your garbage, waste, trash, rubbish and junk removal or hauling needs. Please request a quote today!